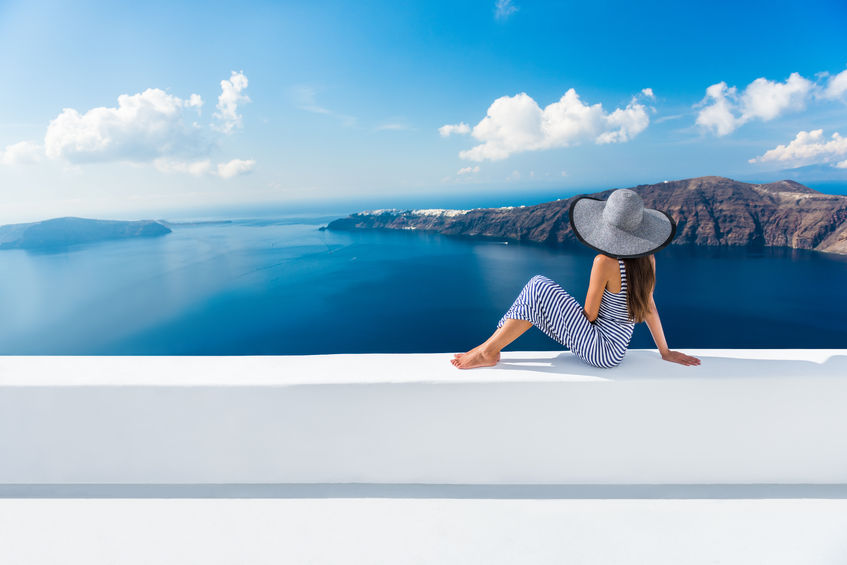 Santorini is considered the most romantic destination in Greece.

Its majestic white small towns built on the edge of the cliff, with picturesque hamlets, cobbled streets and impressive churches embraced by the sun light create  a rare spectacle.  Amorous couples flock every year to the volcanic island to enjoy arm in arm on a balcony of Caldera, the famous sunset of Santorini. Indeed, in recent years the island has been established as a destination for couples who wish to perform their wedding ceremony or honeymoon.

The island’s capital Fira Built on the Caldera, 260 meters above sea level, with a magnificent view onto the crystal blue waters of the Aegean Sea and the island of Nea Kameni, that seem just a breath away from the sky.

Walk through the shops and buy local products. The island is also considered one of the most organized wine tourism destinations in the country.

We should not neglect to mention the beautiful beaches of the island which match exactly to its special volcanic character. Dive into beaches with black, red and white sand or colorful pebbles carved by the salt, the wind and the   rocks. A one of a kind setting that cannot be found anywhere else in Greece.

Sounio is the Cape located at the southern edge of Attica. It rises almost vertically from the sea to a great height, forming at the foot of it a small bay, which is separated by another eastern cove and an isthmus. Sounio is known for its important geographical position and also because of the ruins of the ancient temple of Poseidon found  in it. In recent years, the wider region due to its environmental value was declared a national park. Sounio’s sunset is also famous.

The mysterious architect, probably the one who also  built Thisseio in the Ancient Agora of Athens, adorned the temple with Parian marble sculptures depicting the labours of Theseus, and the battles with Centaurs and Giants. The surviving sculptures can be found at the Museum of Lavrion, while the impressive kouroi,  that  once dominated the temple’s precinct, are stored in   the National Archaeological Museum of Athens. 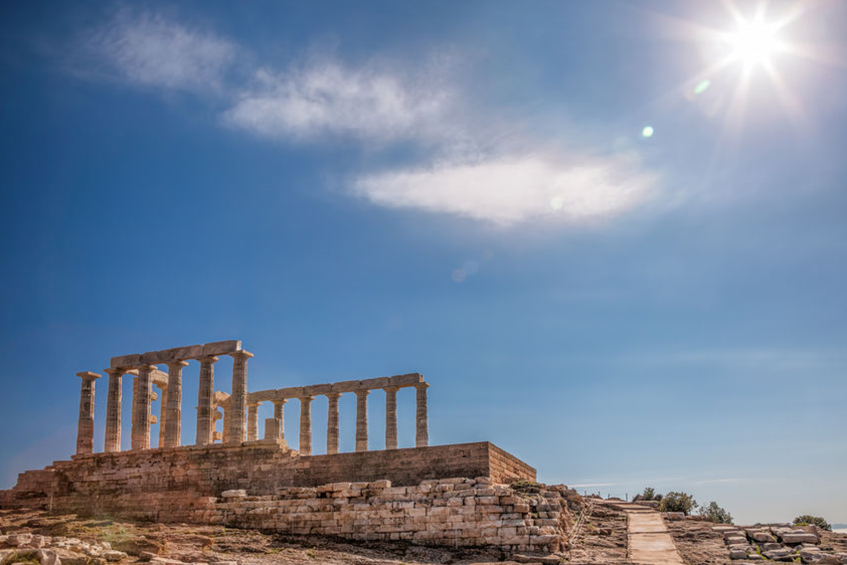 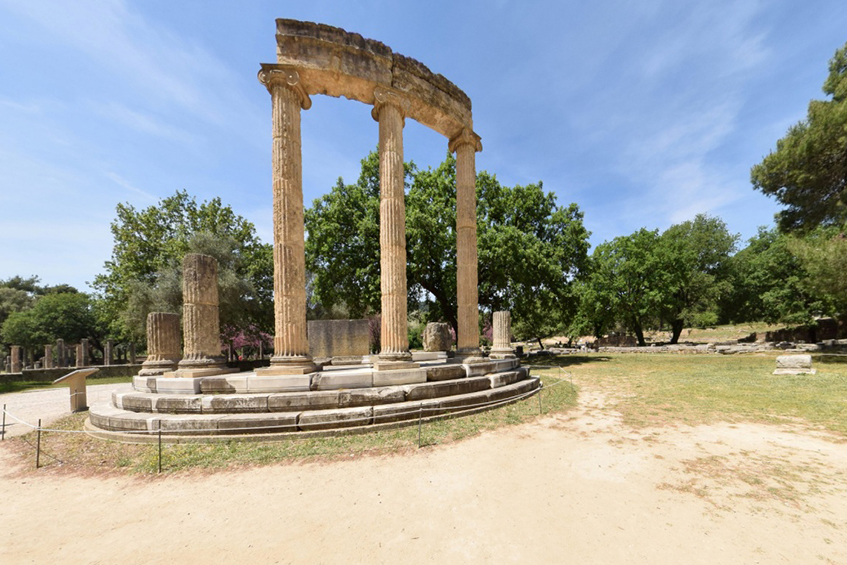 Just one visit is not enough to the place that gave birth to the Olympic Games. The greatness of the ancient Greek civilization never ceases to impress. In this corner of Peloponnese, in this holy place, you will worship the father of gods Zeus. You will imagine the striking Statue of Zeus one of the 7 wonders of the ancient world, 13.5-meter-long   made by Phidias. You will gaze fixedly the famous Hermes of Praxiteles. You will feel the grandeur, the glory and the wisdom of a civilization that captured the imagination of the whole world and you will feel that you are at the starting line for a journey back in time  to the greatness of ancient Greece. Are you Ready? Let’s go

Meteora, after Mount Athos, is the largest monastic community in Greece with constant presence since the settlement of the first eremites. From historical references , we conclude that the  monasteries of Meteora  were  thirty in total. Of these thirty monasteries, six operate up until today and attract crowds of pilgrims.

The mural decorations of the six visitable monasteries of Meteora are now restored and preserved. In 1989 Unesco enlisted Meteora in the World Heritage List as a particularly important cultural and natural asset 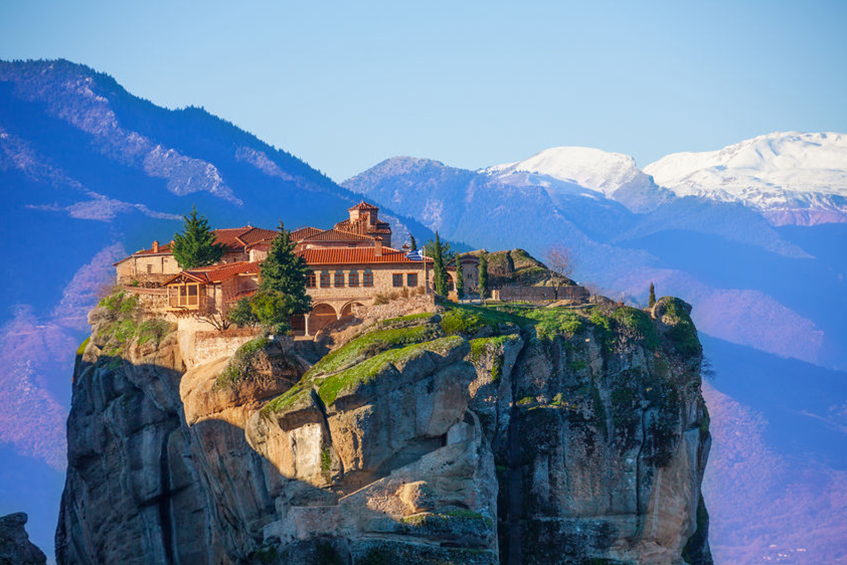 Mount Athos is one of the most important parts of Greece, with indisputable world importance  due to its fundamental national, historical, theological, Christian, philological  artistic value and tradition. It is subdivided into twenty areas ruled  by the twenty dominant monasteries and is the easternmost of the three peninsulas of Chalkidiki. It is about 60 km long, 8 to 12 km wide and covers an area of about 360 m2. Around the name and the older  history of the Mount there are many different legends and traditions.

What you need to know

On Mount Athos today there are twenty monasteries in total. The hierarchical order  as finalized in the 18th century. is as follows

Perched atop Parnassus, Arachova stands out over time with stone houses, picturesque paved alleys, incredible natural beauty, tradition, intense nightlife and local delicacies. VIPs,   winter sports fans and nature, as well as those who just want to live the “myth”, make their appointment here every year.